Ever since Industrial Revolution started in the west, factories & other mills began emitting high levels of CO2. After the west realized the effects of it decades later, other eastern nations began to do the same in their nation. Though the goal was to achieve economic dominance in the world, they all forgot to take note of the environmental effects that can come as a result.

Recently, reports suggest that ozone depletion is at an all-time high rate than ever before. In the two poles, ozone has already depleted to such a level that it may not be long before we start getting fried by our energy source, the sun.

The effects that is taking its toll has begun to happen. In eastern part of the world, mainly China & India, the smog level is rapidly increasing. Smog is a mixture of smoke & fog from the environment. It causes very low visibility & can be cancerous if humans breathe it on a regular basis. Beijing in China is already being threatened for its citizens. Government has urged people to stay indoor as much as possible.

Let's take a look at a comparison of the CO2 emissions (in metric tonnes):
What caused me to write this today is what I saw in the morning in NYC. While dropping my parents to the train station, I couldn't see even up to half a block. I felt like the visibility is below 100 feet or so. I knew it wasn't fog or anything. It was smog. I deduced to that because I couldn't touch any dew or drops of water. 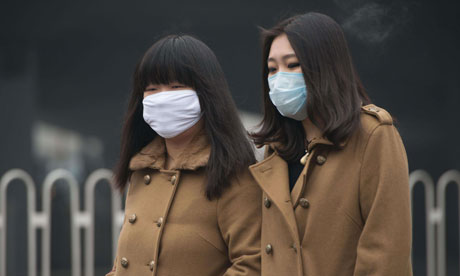